How Audi is Delving Into the Future Reality of Its Customers

Audi’s trend analysis and future research initiative is about understanding the customer of tomorrow. The company is now using the results of a project carried out in collaboration with Z_punkt over the past few years in a multi-medial manner. Holger Glockner, a Managing Partner at Z_punkt, took the opportunity to chat with Andreas Meinheit, a Trend Researcher with Audi’s Brand Strategy Department. The following interview explains how Audi is using trend and futures research to delve into the future reality of its customer base.

“It’s a Tuesday morning in the year 2025. Earth is home to some 8 billion people, all working, providing for their families, and living ordinary lives. But, what will be normal in 2025?” That’s the starting point for the journey to the future to which Audi invites on their new “Tuesday 2025” microsite which uses texts, images and videos to conjure up an image our future daily lives.

The website presents some of the results of a comprehensive foresight project carried out by Audi with the support of Z_punkt over the past few years. The objective of the project was to derive insights into product and brand design as well as appropriate commercial and sales models based on an in-depth understanding of the future reality of Audi customers. To this end, the project team utilised a broad range of foresight planning methods. Technology trends and potential disruptive factors were analysed in addition to changing values and altered lifestyles. During the project, Z_punkt modelled future income and consumer spending developments in selected focus regions based on existing baseline scenarios already used at Audi. The “Tuesday 2025” initiative was directed by trend and future researchers from Audi’s Brand Strategy Department in Ingolstadt, but also benefited from input from Audi innovation research staff in Shanghai and San Francisco, as well as the Munich-based creative consultancy and think tank Gravity.

Holger Glockner, Managing Partner at Z_punkt, had an opportunity to chat with Andreas Meinheit from Audi’s Brand Strategy Department about trend analysis and futurology at Audi, as well as Audi’s so-called “trend-receiver” concept and surprising insights from the “Tuesday 2025” project.

Trend and Futures Research at Audi

Holger Glockner: What is Audi trying to achieve with the aid of trend and futures research?

Andreas Meinheit: At Audi, trend and futures research comes under the aegis of brand development. From a branding perspective, it is true to say that a forward-looking approach is a core element of the Audi brand, which is already expressed in our programmatic slogan “Vorsprung durch Technik”. However, our remit is broader than the term “brand” would perhaps suggest. To understand why, you need to grasp the specific conditions in which the automotive sector operates: cars destined to appear on the roads in 2025 are already being designed and planned today and over the next few years. And, from the time a new car is launched on the market, it needs to continue to sell for around seven years (the same timeframe applies to other companies in our sector). So, due to the relatively long development and commercialisation cycles involved, the years 2025 to 2030 and beyond are highly relevant to what we do at Audi in 2017. Our task in this context is to help ensure that the product being developed today will be met with a sufficient demand in the market of tomorrow.

Holger Glockner: Based on the recent collaboration between our two companies, I’d say the thing that distinguishes trend and futures research at Audi is the sheer number of different perspectives and methodological approaches you combine. Do you agree?

Andreas Meinheit: That’s right. We employ an extremely broad palette of qualitative and quantitative approaches. But, there is always a clear focus in terms of content, as, in the final analysis it’s all about what the customer of tomorrow will want. Roughly speaking, we break this question down into three sub questions. First, we ask: how do people live today? Second – and this is where Z_punkt comes in, as this falls within your area of competence – we ask: how will the framework conditions that shape our customers’ worlds change in future, for example in the wake of the digital transformation or in response to changing economic realities? And finally: how will this specifically affect people’s living environment in the future in terms of their daily lives and needs? 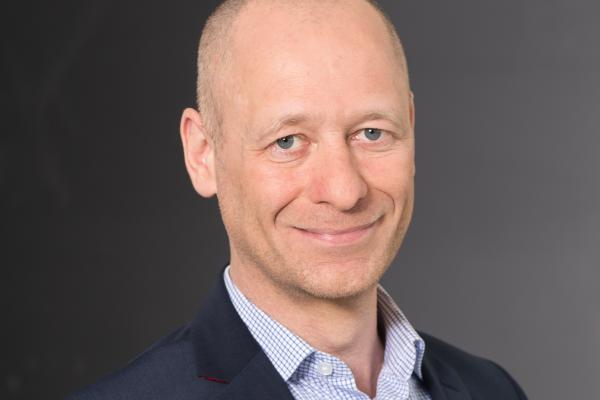 So, it’s not about predicting unique events: instead, what we try to do is to reveal the structural changes that will influence our business going forward. To use an example from the world of politics: the rise of Donald Trump in US politics could not really have been predicted specifically. Yet, there were certain omens in the form of structural changes such as diminishing opportunities for some members of the American middle class. That contributed to Trump’s ascendancy. What interests us – to get back to Audi – are early indications of emerging structural changes. It’s our job to read and interpret these auguries and attempt to draw the right conclusions in relation to future developments.

Holger Glockner: During the “Tuesday 2025” project, as you know, we looked at ways in which framework conditions for human life will change at different levels in the future. This links back to the question about the third step that you mentioned earlier: how can one gain an in-depth understanding of the concrete reality of customer lives based on analytical insights gained from a foresight exercise?

Andreas Meinheit: At Audi, we use the so-called “trend-receiver approach” for this. Trend receivers are people with a knack for anticipating the future. These people are blessed with a visionary power based partly on intuition and partly on an ability to cogitate and envision. They are continuously thinking about future issues and are drawn from a whole range of sectors and with different carrier backgrounds, often entrepreneurs or creative types. Also, the CVs of trend receivers often include ruptures during which their reflective capacities have been honed and refined. They are often highly introspective and have a broad range of interests. We actively search out such people and collaborate with up to forty or fifty trend receivers from all over the world during our projects. The contribution made by these trend receivers is to provide qualitative insights, based on a knowledge of upcoming developments, about how people will be living in the future and what their needs will be. And this is how we implement the consolidation step which you mentioned, Holger.

Holger Glockner: Could one say that the involvement of “trend receivers” represents something of a reality check for foresight analyses, and that it is all about verifying the putative match between analytical insights from trend and futures research and the lived reality that “trend receivers” are already able to anticipate today?

Andreas Meinheit: Yes, that’s a crucial point. The trend receivers represent an interface to the future world of our customers. For example, our work with Z_punkt has provided information about how various influencing factors will change going forward due to things such as the ongoing progression of urbanisation or economic and cultural changes in various parts of the world. The analyses already contain – and this is the point you’re referring to – hypotheses about the changed environments in which our customers will find themselves living. With the help of the trend receivers we can drill down even further from this basis, namely by really delving into the future lived reality of humanity. This enables us to gain insights into which product will fit with the future living environment. And this provides our product developers with specific pointers for their work.

Holger Glockner: Looking back at the “Tuesday 2025” project, what was the most surprising result from your perspective?

Andreas Meinheit: I would emphasise two aspects. One is space as a future mobility factor. Urban living space is likely to become even more scarce, as ever more people are crowding into the cities. The result will be an acute shortage of space in addition to infrastructure issues. The car will, of course, also contribute to this, because streets jammed with parked cars reduce the available space and cars get in each other’s way in traffic jams. This is a fundamental problem complex, which will lose nothing of its deleterious impact following the transition to new drive systems. I view this as a central challenge for mobility going forward, which will only be solved by novel responses. In the long-term it will not be sufficient simply to replace the internal combustion engine with electric power trains. That was a real eye-opener for me and we at Audi are, of course, putting a lot of thought into the issue.

The second aspect I would like to mention concerns changes to the working environment of the future. When we launched the “Tuesday 2025” project back in 2014, discussions about the future of labour were still dominated by such topics as diversity and remote work. These are certainly still important issues. However, the question as to how much work we will even have as a society considering ongoing automation had not been receiving the attention it merits prior to the project. Z_punkt has provided some important insights in this respect. Who will even have a job in the future? And will digital value creation trickle down to the masses? These are explosive questions that are, of course, highly relevant to us at Audi, and which we plan to explore in far greater depth in follow-up projects.

Holger Glockner: I’d say your observations are applicable more generally: it is not enough to engage with the central future issues just once, and to analyse a given subject only to shelve it and forget it. The factors that pertain to any given topic change over time, whilst the dynamics of change are becoming more acute, all of which necessitates continuous research into the topics in question.

Andreas Meinheit: Absolutely! The analyses we undertake as trend researchers really do need to be continuously recalibrated. Along with the intensifying dynamics the number of variables that will drive future consumer behaviour also multiply. What I’m thinking of in this context are, to give just two examples, social developments such as growing inequality, but also environmental factors such as climate change. Developments such as these naturally impact our daily lives and ultimately influence consumer decision making. We need to continuously recalibrate our approach in connection with this so that our vision of the future continues to reflect current developments and insights. But we are on the right track to do so at Audi.

You can view more information on the work of trend and futures researchers at Audi at the “Tuesday 2025” microsite at Audi Innovation Research. 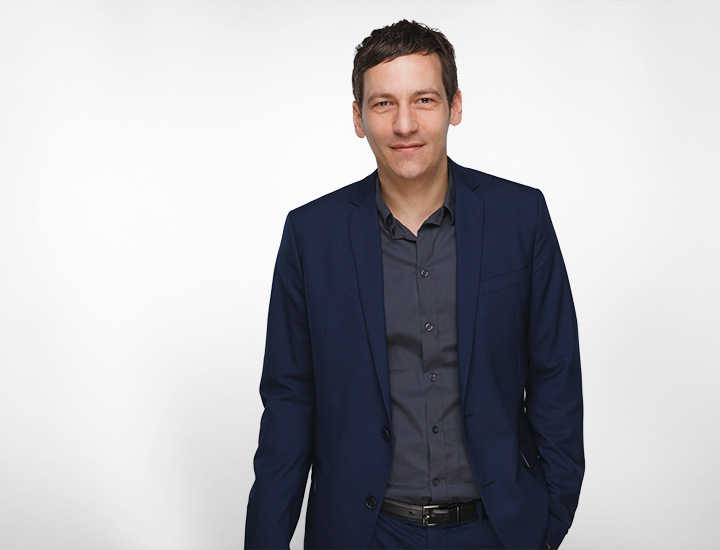 Pathways to a Forward-Looking Organisation

Models, conditions for success and recommended actions for a resource-light society and how they resonate with experts and citizens

Experience the Customer of the Future

Send details of your query to Holger Glockner. We will do our best to reply as quickly as possible.