Exoskeletons are usually bulky and seem strange, and not just to the wearer. But this could change in future with the introduction of textile muscle fibres that can be worn as an under layer of clothing like T-shirts. Merging them with multi-sense technologies and virtual reality will result in a hitherto unattainable degree of physical performance and immersion. Analogue and digital, artificial and alive – it is no longer possible to differentiate between these things.

Unlimited mobility into old age, the strength of The Man from Atlantis or average speeds in excess of 40 km/h; formerly the stuff of science fiction and comic books, such abilities are no longer the mere trappings of some vision of the distant future, nor have they been for quite some time.

They are all made possible by exoskeletons, i.e., robotic prostheses or suits that can be strapped to arms, legs or the entire body and which often confer cyborg-like features on their wearers. They provide the wearer with passive or active support and relief when executing certain body movements (exoskeletons are sometimes responsible for executing the entire movement). Packed with embedded systems, micro-controllers, sensors and actuators, exoskeletons can recognise planned movements within a fraction of a second and intervene to support the movement. The technical feasibility of controlling exoskeletons using brainwave data has also already been demonstrated.

The primary fields of application in which research into this form of human enhancement is being conducted are medicine and work safety. As early as 2014, an exoskeleton developed in Israel to enable people with spinal injuries to sit up, stand up and even to walk was approved by the Food and Drug Administration in the USA. The car manufacturer Hyundai is working on exoskeletons inspired by the comic book protagonist Iron Man and designed to support workers in factories or logistics centres with repetitive lifting tasks. Specific parameters of the suits can be easily modified via an App.

Even though the wearing comfort and functionality of exoskeletons have been improving steadily over the years, they still all have one thing in common: they always look strange and, because of their robot-like structure, it takes a long time to put them on and to get everything properly adjusted. Artificial textile-based muscle fibres could change all that in the future. Swedish scientists have developed bio-compatible, polymer coated cellulose fibres that can convert electrical energy to movement. The volume of the fibres changes in response to a small electrical charge in much the same way as natural muscles contract and relax. Using common production methods, such as weaving or knitting, they can be integrated into trousers, T-shirts or gloves, which can be worn like normal clothing. The result is a new level of immersion, for unlike “traditional” exoskeletons, wearers do not experience high-tech’ clothing of this type as “artificial”.

Totally new possibilities would emerge if prosthetic “exo-clothing” of this type were combined with other elements currently being developed in the field of virtual reality. In this field too, certain companies are tinkering with special exo-clothing designed to make the virtual world appear as immersive as possible, which cannot be achieved through the senses of vision and hearing alone simply by donning special glasses and headsets. The idea is to use force-feedback and motion capturing technologies to make virtual worlds tangible and navigable with the entire body, thus perfecting the illusion of being an integral part of the virtual world (apart from the simulation of smells and temperature ...).

If one were to combine both these approaches, textile muscles with multi-sensory and feedback technologies, then the transition from human to cyborg – highly mobile in the real world, highly dexterous in the virtual world – would not be far away. Living worlds, artificial objects and virtual space are blurring into a unified whole. 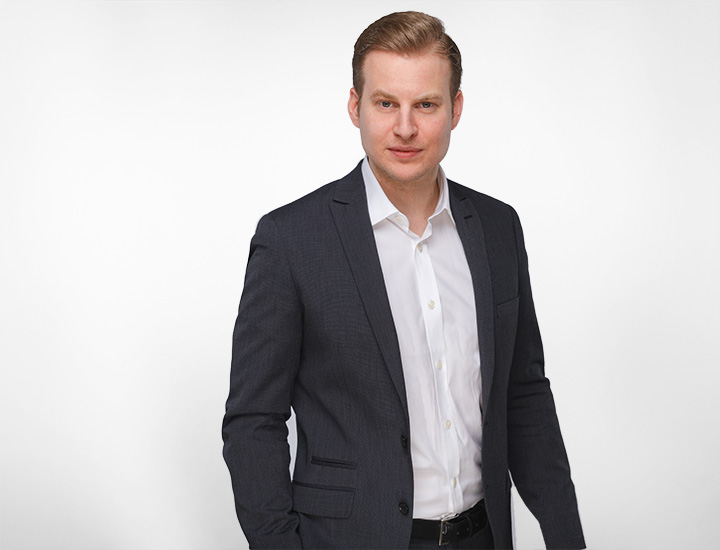 Send details of your query to Sivert von Saldern. We will do our best to reply as quickly as possible.